11 strange things that washed ashore in 2021

From tangled coral to Amazon river monsters, here are some of the strangest things that were carried to the shore this year. 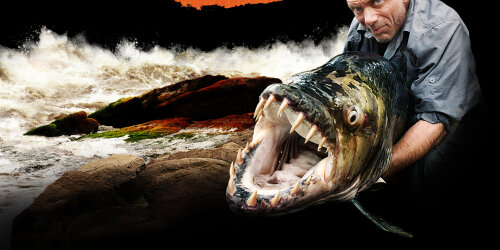 Beaches across the globe saw their share of weird blobs wash ashore. Sometimes this shoreline debris was small and weird, like a tangled rope coral that found its way onto a beach in Texas, or the tar balls that dotted Israel's Mediterranean coastline in February. Other times, the organisms numbered in the millions, such as the by-the-wind sailor jellyfish whose corpses stranded across shores; and in other instances, the beached animal itself was a behemoth, such as the rotting body of a nearly 10-foot-long (3 meters) "river monster" spotted near the Gulf of Mexico this year. Here's a look at the wild and strange "things" that washed ashore in 2021.

Every year, millions of by-the-wind sailor jellyfish (Velella velella) wash up and die on beaches around the world. These jellies float near the top of the ocean, and have a little sail on their backs that catches wind and pushes them from one feeding ground to the next. When wind patterns change with the seasons, huge colonies of the jellies can end up stranded on the shore. Sometimes, those colonies include thousands of individual jellies; other times, they include millions.

Why are some Velella stranding events so much more massive than others? A study published in March 2021 found that the biggest stranding events occurred in years with record high ocean surface temperatures, driven by a phenomenon known as "the blob." The blob warms surface waters in the Pacific Ocean, fostering larger colonies of Velella at sea; when the winds change, those massive colonies end up on shore, littering beaches with millions of jelly carcasses. This trend of mass die-offs will likely continue as global warming escalates over the coming decades.

A juvenile killer whale was heroically rescued in January after getting stranded on a Scottish beach. A group of trained medics from the British Divers Marine Life Rescue (BDMLR) and helpful locals carried out the rescue on Sanday, an island off the coast of Scotland. After determining the animal was healthy and old enough to survive on its own, they managed to get it off its side and onto a special dolphin stretcher. It took eight people to lift the 11-foot-long (3.4 meter) orca into deeper water. Then, it suddenly headed off and was never seen again.

The entire rescue took just over an hour, but BDMLR area coordinator Neave-Webb, who led the rescue, believes it was only possible because of the team's newly acquired dolphin stretcher and the help of the locals. "It was a lucky animal to strand on an island with people who knew what they were doing and had the equipment to save it," she told Live Science. "It definitely chose the right place to throw itself on the beach."

A male basking shark measuring 26 feet (8 meters) long washed up on the coast of Bremen, Maine in January, stunning local fishermen with its pickup-truck-sized body. Basking sharks live in warm waters across the world, and are the second largest fish in the sea; Only the elusive whale shark, which measures up to 60 feet (18 m), is longer. Despite their formidable size, basking sharks are harmless to humans. They mainly prefer to cruise through the water with mouths open, filtering tasty zooplankton and tiny invertebrates through their complex gills. As for the Bremen shark's cause of death? Marine researchers still aren't sure.

It might look like a tangled snarl of yellow rope, but this knotty pile that washed up on a beach in Texas is really a type of coral known as a colorful sea whip (Leptogorgia virgulata). Colonies of soft-bodied coral polyps lend sea whips their vibrant colors, in shades of yellow, red, orange, purple, lavender and violet. After a National Park Service (NPS) guide found the partly-buried "rope ball" at the Padre Island National Seashore near the Gulf of Mexico, she shared the image on Facebook. Several commenters remarked that they had seen colorful sea whips on the beach before, but had always assumed that the creatures were trash, such as discarded cord or part of a fishing net.

Hundreds of people assembled on a remote beach in New Zealand when 49 long-finned pilot whales stranded there on a February morning. Nine of the whales died during the stranding, but conservation rangers, locals and volunteers from the marine rescue group Project Jonah tended to the surviving whales throughout the day, keeping their skin cool and moist and preventing their fins from being crushed beneath their beached bodies. High tide rolled in by evening, allowing the group to guide the whales back into deeper water. The volunteers herded the whales back into a pod and then formed a barrier to usher them away from shore; once the animals reached deep enough water, boats began patrolling the shoreline to keep the whales away from the beach.

In February, strange balls of tar began to wash up along Israel's Mediterranean coastline. Over 100 miles (160 kilometers) were affected by the tar balls which were the result of an oil spill 31 miles (50 km) off the coast. Normally, oil spills form a slick across the sea's surface and washes up on beaches in a more liquid form. The Israel spill, however, turned into tar balls because rough sea conditions from a storm broke up the slick and mixed it into the seawater for several days creating small concentrated blobs of congealed oil. It was described by officials as "one of the most serious ecological disasters" the country had ever seen. Beaches also had to be closed to the public after several cleanup volunteers had to be taken to hospital after inhaling toxic fumes given off by the tar balls.

When Florida locals found the rotting body of a dead Amazon "river monster" near the Gulf of Mexico, many worried that this beast might become the state's latest invasive species. But this so-called monster, the arapaima (Arapaima gigas), faces many hurdles before it can call Florida home.

The arapaima is one of the world's largest freshwater fish, and can grow to be 10 feet (3 meters) long and up to 440 lbs. (200 kilograms). But it has a few quirks: It breeds only in nests on flood plains, spends valuable time and energy caring for its young, and doesn't reach sexual maturity until it's about 5 feet (1.5 m) long and at least 3 to 5 years old, Solomon David, an aquatic ecologist at Nicholls State University in Louisiana who wasn't involved with the recent arapaima sighting, told Live Science.

What's more, it would take many arapaimas to set up a viable population in Florida, and just one dead arapaima has been found so far, David noted. But wildlife officials should still be on the lookout just in case these fish get a foothold in the Sunshine State, he said.

The dazzling remains of a 100-pound (45 kilograms) moonfish washed up on an Oregon beach in July, where it surprised beachgoers with its girth and glistening hue. The 3.5-foot-long (1 meter) fish (also called an opah) showed off a mix of silvery and bright reddish-orange scales with scattered white dots covering its flattened body. And it sported golden eyes.

Even more surprising than its appearance was finding the fish hundreds of miles from home. These pelagic, or open ocean, fish are typically found off the coast of California and near Hawaii, so finding one so far north is extremely rare. As for why the hefty fish had meandered so far north, global warming could be the culprit; as ocean temperatures heat up, opah are leaving their too-balmy homes for once-colder dwellings. "We are seeing some marine organisms moving northward as ocean temperatures increase," Heidi Dewar, a research biologist with NOAA Fisheries who was not involved in the recovery, told The Washington Post.

And the fish's "life" wasn't over quite yet: Scientists at the Seaside Aquarium in Oregon froze the beached opah so that students this year could dissect its scaly remains.

A fish inside a jellyfish

Dead jellyfish dotting the shoreline are typically nothing to stop and look at. But in August, a peculiar blob caused beachgoers in the U.K. to take notice. This cnidarian had an undigested fish in its translucent bell for all to see. The juvenile fish must have been consumed right before the hungry compass jellyfish (Chrysaora hysoscella) — named for its brown, V-shaped markings that are reminiscent of a compass — met its end as well.

The unfortunate fish could have been hiding out in the jelly's tentacles, a known behavior, when its protector struck. The jellyfish likely stung the fish to death and would have continued to slowly digest the snack in its rudimentary stomach had it not washed ashore and met its doom, Live Science reported.

A local photographer who spotted the beached jelly while walking his dog near Padstow in Cornwall on Aug. 4, said "It's not something you see every day," according to The Daily Mail.

This toothy invertebrate never got to bask in the glory of breaking a world record for largest smalltooth sawfish ever recorded. That's because the animal was dead when scientists found (and measured) it in the Florida Keys in April. Perhaps on the bright side, the 16-foot-long (4.9 meters) specimen was a boon to science. The fish had softball-size eggs in her reproductive tract, meaning scientists could study the carcass to learn more about this individual's age and reproductive past, as well as that for her species,

"Although it's a sad occurrence when a big animal like that dies, from a scientific standpoint we knew we could learn a lot from it," said Gregg Poulakis, a fish biologist at the Florida Fish and Wildlife Conservation Commission. "That makes us feel a little bit better about having lost such a big female."

The fish could also be one of the oldest of its kind ever recorded. "We're excited to see how old the 16-footer that we got this week is," Poulakis said. "My guess is that she is older than [14]," which would mean she would be tied with the current record-holder for the oldest sawfish Poulakis' team had ever caught.

'Death in a dumpster' washes up in Plymouth

Some beached animals garner attention for their looks, while others just smell really, really bad. That was the case for a minke whale found dead in Plymouth, Massachusetts, in July, which locals said had such a bad odor it was "like death in a dumpster," according to news reports at the time.

Typically, a whale carcass like this one would be left on the beach to naturally decompose, where it could serve as a buffet for scavengers before the nutrients seep back into the ecosystem. But this 21-foot-long (6.4 meters) carcass was way too smelly and way too close to town.

"I live up the hill over on the other side, and there are days when you walk outside hoping to smell sea air and all you can smell is dead whale," local resident Lynn Holdsworth told NBC Boston in July. "And it's like death in a dumpster. It's horrible."

NOAA Northeast/Mid-Atlantic worked with the nearby homeowner's association (HOA) that was responsible for the beach to figure out a disposal plan. The HOA then got heavy equipment to haul the whale to the nearby Bourne landfill.

The article was originally published in Live Science