A shooting left a 40 year old man dead in Kensington. 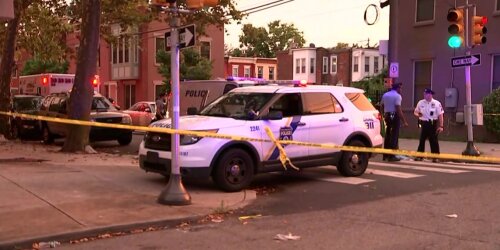 Philadelphia police are investigating a shooting that left a man dead in Kensington.

It happened on Kensington and Tioga streets around 9:30 p.m. Thursday.

According to police, the 40-year-old man was shot twice in the chest. He was rushed to Temple University Hospital where he died.

Surveillance video captured three younger males running eastbound on East Tiago before going into a house. They eventually left the house. Police are holding the house with a warrant.

Investigators say the people inside the home are not being corporative.